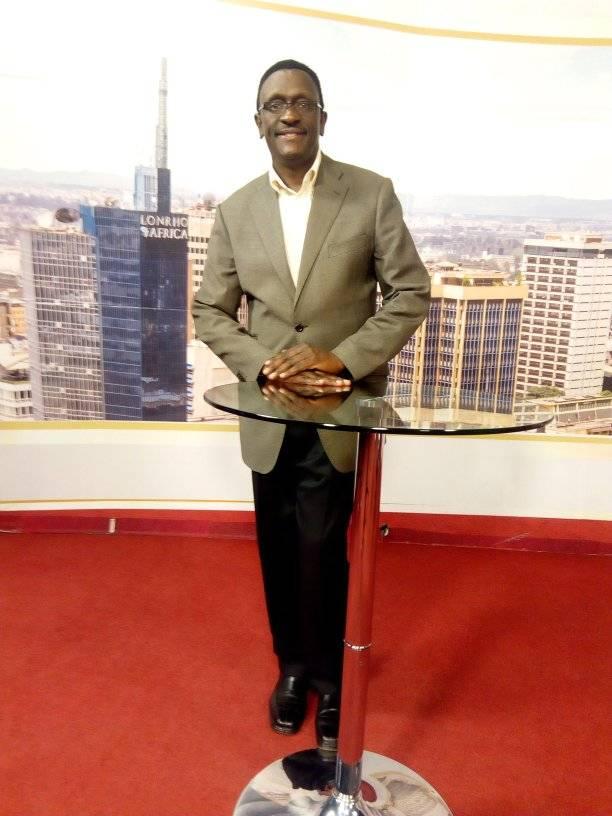 Standing over six feet tall, he is not only a towering figure in terms of physique, but in his writing prowess as well. You may not have heard about him yet, but once you lay your fingers on any of his books, you will agree with me that the man has a way with words. His books definitely deserve a slot in the list of the best books by African authors.

The fact that he teaches geography and History, not literature, is enough confirmation that the love affair he has with writing is purely driven by passion for the written word. Ugandan poet Taban Lo Liyong, who is also a writer of fiction and literary criticism, once (in the 1960s) declared East Africa a literary desert.

I find it difficult to agree with Lo Liyong’s sentiments given that the region has since produced its fair share of internationally renowned literary giants, such as Professor Ngugi Wa Thiong’o, Grace Ogot, Margaret Ogola, Francis Imbuga, Doreen Baingana, Binyavanga Wainaina and many more.

From the look of things, there is no doubt that Gichaba Nyantino is walking right in their footsteps. His writing style reminds me of celebrated Nigerian writers Wole Soyinka, Chinua Achebe, and of course (lately) Chimamanda Ngozi Adichie… and their ilk.

Now, all that stands between Mr. Nyantino and conquering the globe is enough publicity.

Gichaba Nyantino is, by all means, a talented and prolific writer of African novels. With two of his published novels already in circulation, he is doing the final touches on his third book – a voluminous 549 page novel titled “End of Peace.”

Born in Kisii County, southwestern Kenya, in 1967; Mr. Nyantino attended Moi Gesusu High school, from where he did his ‘O’ level exams. He later joined Kenyatta University, where he pursued a Bachelor of Education Arts Degree, graduating in 1992.

Over the years he has taught History and Geography in a number of schools, including Nakuru Day Secondary School – in Nakuru County, among others. Though he has always been in love with the written word since his childhood, the bug of serious writing precisely bit him in 1998, just a few years into his teaching career.

In 2004 his short story titled “The Talking Pot” was shortlisted for the Macmillan Writers Prize for Africa. Though he did not scoop the ultimate prize, the fact that he had been recognized and shortlisted for such a prestigious award revitalized his resolve to write even more best books about Africa.

The two novels that he has already published, titled “The Winding Road” and “The Silent Voice”, have received wide acclamation by the many people who have read them across the globe.

…What can love do?... Between the mind and the heart, which one do we need to follow? Some say follow your heart taking your mind with you, this seems to be so hard for Maria. As a girl working at a bakery to earn some money for her tuition, she secretly falls in love at first sight, despite the conflicting internal voices within her…

Jeff who seems to be the right man for her for some time, turns out to be a criminal, arrested few days after a public announcement on television, and in the daily newspaper, that he is a “Most Wanted” person. Maria finally gets what the inner voices had for her…”

What are the Five Major Themes of African Literature in the book?

The Silent Voice is a modern novella tackling various themes of African literature from love, deceit, ethnicity, teenage life, family involvement in teenagers’ decision-making processes and many other themes of great relevance to the youth and young adults of today.

It is without a doubt one of the best East African Novels of recent times.

“The Winding Road” is a heart-rending tale about identity. The main protagonist, Yuna, hits the road on a journey of self-discovery, upon realising that the woman she has known as her mother all her life is not her biological mother.

She then embarks on a journey to discover her roots. It is a journey fraught with dazzling highs and distressing lows. From desolation, she is swung to the pinnacle of the modelling world and is crowned Miss Africa.

This unexpected success gets into her head and she dramatically falls from grace with her old question of identity haunting her. Will Yuna discover her identity?”

The ease with which Mr. Nyantino spins a yarn aptly captures real life situations in a uniquely engaging style. His mesmerizing works of fiction depict a writer who is not only well-read but highly intuitive too.

The man is simply an excellent storyteller. When he sent me copies of his first two novels, I found myself glued over them for a whole week, till I read the last page of each of the two.

How We Met Each Other.

I met him on Facebook about four years ago and we immediately clicked. This was because of – as you might have guessed already – a shared passion for writing.

We were friends on Facebook and ardent readers of each other’s posts. Suffice to say, we seemed to agree and disagree on several topical issues, even before I knew that he was an author.

In spite of our age difference, I remember the first day he called me, we automatically drifted into a long chat, as if we had known each other for years. Soon he broke into his signature hearty laughter, which – I swear – is quite infectious.

When we met, Mr. Nyantino was running some errands in the capital. He lives in Nakuru County. So, he alerted me that he was in town and we agreed to meet.

Over a cup of coffee, we engaged in a never-ending conversation, with lots of humor and laughter in between. To cut the long story short, we have been good friends since then. I now call him “Big Bro” and he calls me “Young bro”.

In her book titled “Dear Ijeawele Or A feminist Manifesto in Fifteen Suggestions,” – a book addressed to a friend who had just given birth to a baby-girl named Chizalum – Chimamanda Ngozi Adichie, writes:

“Teach Chizalum to read. Teach her to love books. The best way is by casual example. If she sees you reading, she will understand that reading is valuable.

If she were not to go to school, and merely just read books, she would arguably become more than a conventionally educated child.

Books will help her understand and question the world, help her express herself, and help her in whatever she wants to become – a chef, a scientist, a singer, all benefit from the skills that reading brings.

I do not mean schoolbooks. I mean books that have nothing to do with school; autobiographies, and novels and histories…”

I may not completely agree with MS Chimamanda Ngozi Adichie’s radical feminist stance; but, on the issue about reading books, I agree with her 100%.

Books make us well-rounded people. They make us realize that there are many horizons out there waiting to be explored. Most importantly, they enable us to travel the world, experience and appreciate different cultures, without necessarily moving an inch away from home.

That I have lots of respect for MS Chimamanda’s razor-sharp intellect is in no doubt. She is definitely one of the best female African writers of our times. Though, I guess she may not like the idea of me referring to her as “A good “female” African writer.” She is a feminist par excellence.

In one of our long phone conversations, Mr. Nyantino happened to give me the very same piece of advice about books, as Chimamanda gave to Ijeawele!

Other than poking fun at everything, including himself, the love of books is another of his weaknesses. Gichaba Nyantino is an avid reader, who devours books, just like he rolls out new captivating paragraphs.

Mr. Nyantino has his third and fourth books in the pipeline. The third book titled “End of Peace”  is already done, just undergoing the final touches: a few tweaks here and there, an addition of some spices and a bit of polishing up.

The fourth book titled “Twists of Fate” is still in the kitchen. Mr. Nyantino has also been writing this book for a while now. Once the broth is well-cooked and ready for serving, readers should be ready for a tasty treat.

“END OF PEACE”  is the ultimate game changer. It is a culmination of ten years of meticulous writing that has finally resulted in a voluminous 549-pages novel. Mr. Nyantino’s fans and lovers of good reads should stay woke since it is likely to hit the market soonest.

You can get Gichaba Nyantino’s books on the biggest global giant marketplace – Amazon. Order for your copy now.

Alternatively, you can reach the author directly on:

4 thoughts on “GICHABA NYANTINO: THE GEOGRAPHY TEACHER WHO WRITES WITH A RARE FLAIR.”