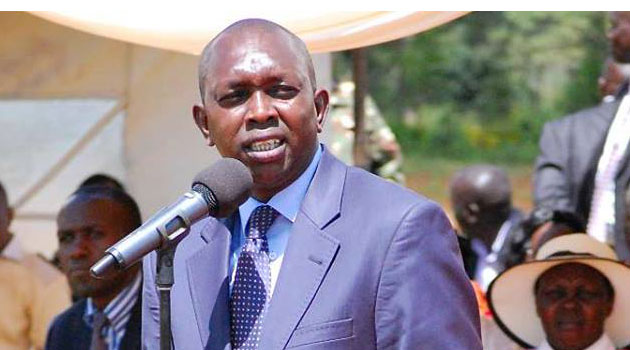 According to Mzalendo Trust, a lobby group that tracks the performance of Kenyan MP’s on the floors of both the Senate and National Assembly; Kapseret MP Oscar Sudi, Nakuru West MP Samuel Arama and Kilgoris MP Gideon Konchella are among 21 legislators who did not utter a single word in Parliament, between September 2017 and December 2018. Not even a single “Mr. Speaker sir!”

Oscar Sudi latest news has it that in June last year, after the Mzalendo Parliamentary Performance Index listed Mr Sudi among the worst-performing MP’s, the typically cantankerous legislator “cleverly” quipped that – wait for it –

“I have left the floor of Bunge for MP’s from Nyanza because they speak too much English!”

He added that there are many other roles MPs play in and outside the Houses, as well as within and out of House committees.

“Honorable” Sudi went ahead to defend himself that when there were crucial votes, he would be present in the house to vote. He wondered why other people were concerned if his constituents were not complaining about his performance as their MP!

The BIG QUESTION is: what are these other roles that an MP plays, which are more important than legislating in parliament? Is it possible for an MP to shine in committees but never utter a single word on the floor of the house?  Oscar Sudi is known to be the loudest, most vile and venomous of all of DP Ruto’s political attack dogs. But, only outside parliament.

Am I the only one who is left wondering why the MPs who are loudest and most venomous in political rallies always coil their tails between their legs and remain tongue-tied, while in parliament? Isn’t this where there work matters most?

If the main role of a lawmaker were to be defending their political bosses in political rallies and on social media, then Kapseret MP Oscar Sudi would rank top of the list of the most hardworking MPs, when it comes to his ferocious defense of Kenya’s DP Dr. William Ruto.

The Oscar Sudi Twitter is always spitting fire against DP Ruto’s perceived political enemies. In political rallies, the man never spares anyone who seems to be against William Ruto’s 2022 presidential bid; not even president Uhuru Kenyatta himself.

From Rags to Riches

For a son of a charcoal dealer, who always reminds everyone that he is a former squatter and matatu tout, Oscar Sudi truly came from a very humble background. His is the quintessential story of rags to riches. Having made quite a fortune for himself, Sudi has since been nicknamed the “Sonko” of Eldoret.

The man rolls in new money, power and all the trappings that come with wielding both. What is more, he has never shied from flaunting his two wives. He stunned Uasin Gishu residents and the entire country when, in the run-up to the 2017 elections, he hosted Deputy President William Ruto who officially opened the Sh100 million Oscar Sudi House in Kapseret.  In 2017, Mr. Sudi sought re-election, as Kapseret MP, and won.

ORUKO, I. (2020). Oscar Sudi only Talks Outside Parliament. Sunday Nation. Retrieved from https://www.nation.co.ke/kenya/news/politics/oscar-sudi-only-talks-outside-parliament–1507720