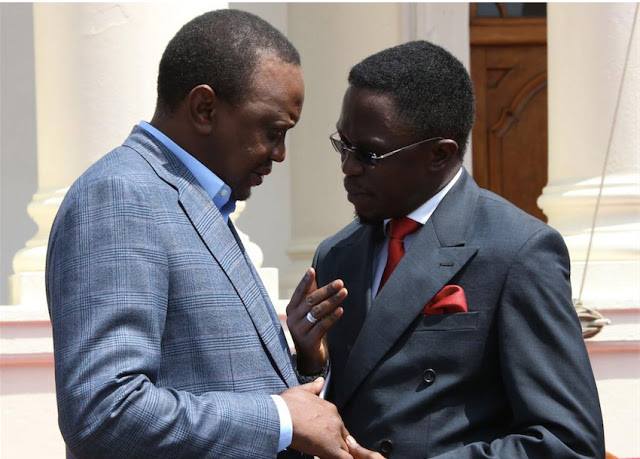 As the ODM members, we are deeply dismayed that Ababu, the only MP who swore by the name of the party leader as his president in parliament, after the bungled 2007 elections; the eloquent firebrand ODM “general” who actively led from the front, is today a shell of his former self because of political indecisiveness and delusions.
He is a classic example of a young promising politician who shoots himself in the foot because of over-rating himself and possessing a funny sense of entitlement.
First mistake; he has been Missing In Action for far too long, that even if he defects from ODM, he will be hardly missed. The party moved on during his long absence as party SG. In fact nobody will notice that he left!
Second mistake. To add insult to injury, he decided to arrogantly answer through his wife, who insulted the party members when they questioned his prolonged absence from party affairs; An extremely wrong move!
Third mistake; he is giving us a lame and limping excuse that he has been undermined by his juniors in the party! Now, for Chrissake we didn’t make Ababu the general in a party where folks take testosterone for breakfast, lunch and supper, with estrogen for dessert; only for him to turn into a crybaby! This is an unforgivable weakness in a party of diehards.
When you are a general of the biggest and strongest party in the country, you are not only expected to look and act the part; but you are supposed to assert your authority and claim your space without any apologies. If his past performance is anything to go by, Ababu could easily do just that. Which makes us believe that he is lying to us; his fourth big mistake. Something sinister must have happened in that fateful trip he made to statehouse. Again this is unforgivable and he might be heavily punished for it come next year.
Lastly, Ababu should count all the heavyweights who walked out of ODM right into political oblivion. Najib Balala, Henry Kosgey, Musalia Mudavadi, JosephNyagah, Rapahel Tuju and some more lightweights like Magerer whose names we can hardly remember because they are now political fossils. He knows what he is up against, which explains his long silence and indecisiveness.
Only William Ruto is politically relevant, among those who walked out of ODM because he played his cards right and had the whole of R.Valley region in his pocket, though his dreams of becoming president will need his former ODM supporters. Ababu doesn’t have even a mere fraction of the Western Kenya region behind him!
Ababu Namwamba should either man up now or ship out. As a matter of urgency, it is high time ODM got an active and effective SG in the run-up to the 2017 general election though. We have no time to pamper inflated egos and neither do we have a shortage of able individuals to take up the SG post. Ababu left ODM the moment he went MIA.