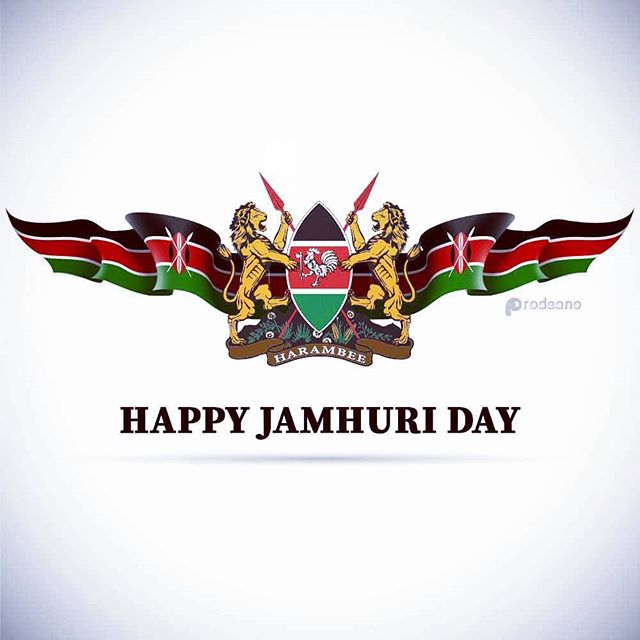 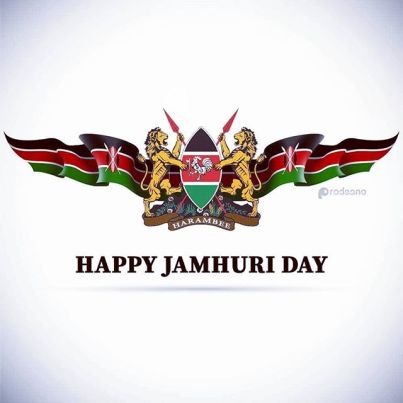 Recently the newly elected Tanzanian president Dr.John Pombe Magufuli a.k.a “Bulldozer” shocked many, when he announced that millions set aside for celebrations, to mark 52 years since his country gained independence, could be put into better use.

“How can we use so much money to celebrate 52 years of independence, when our people are still dying of cholera?” The good president quipped.
He instead declared the day a national cleaning day. True to his word, he showed IN casual wear for the day – clad in boots, gloves and a hat.
He then went ahead to personally lead the Tanzanian masses in a massive cleaning exercise, whereby they all thoroughly cleaned their environment. he used his hands to scoop dirt and put it in bins.
The millions that could have been spent in celebrations were spared for more useful things. It takes such small steps to know a serious president.

Today, Kenya is celebrating 52 years of self-governance since the colonial masters were kicked out, after we gained our FREEDOM in 1963.
However, we must take time to deeply reflect whether we are indeed FREE, as envisioned by our forefathers, who fought a bloody war to liberate this country from the colonialists.

Freedom is a wide concept. When they fought for this country’s freedom, our forefathers did not envision a Country that could only be free from colonial rule. They envisioned a country that could be free from the tyranny and gluttony of a few, who lived in opulence, at the expense of the masses; just exactly what the colonial masters did.

They also envisioned a country whose citizens could live together in harmony, free of the enemies of tribalism, hunger, ignorance, poverty and disease.
Over half a century later, are we free from these enemies? The answer is a big NO. A large number of Kenyans still live below the poverty line; unable to afford three square meals a day, get meaningful education or access affordable healthcare. Nepotism and tribalism have hit a new high.

This ugly situation can be summarized by the recent case of Alex Madaga; an accident victim who died in an ambulance after staying in it for over 18 hours, just because no hospital could admit him without a deposit! That is Kenya in 2015.

When the white colonial masters left, their place was taken by black leaders who soon assumed the role of masters instead of being leaders. The ruling political elite and their cronies not only took over the large and fertile tracts of land that were occupied by white settlers during the colonial era. They also made sure that they had a suffocating stranglehold on the country’s resources.

This is not to say that we have not made huge strides as a country, especially in the education sector and freedom of speech. We are not exactly where we were at independence in many spheres; though we are all in agreement that we could do better.
The two biggest monsters that threaten to tear the country apart currently are endemic tribalism and runaway corruption in gov’t. Not that they haven’t been there in the last 3 regimes of Jommo, Moi and Kibaki. They just climaxed in the Jubilee regime, whose middle name seems to be corruption.

Thank God we already secured our freedom of speech and many other gains in the new constitution, and Kenyans are more informed than they were in the past. That is why this gov’t finds itself under intense pressure to not only sack the thieves within its ranks, but prosecute them too.

However the hard-earned freedom of speech and public participation in economic matters, once again seem to be under threat by a cornered regime. We should remember that gov’t is nobody in particular. It is an imposing juggernaut of bureaucracy that needs constant checking or else those who control it will be drunk with its power.
Some charlatans have been calling for the arrest of the opposition chief Raila Amolo Odinga, and others who have ably checked the rampant corruption in the Jubilee gov’t.
The Jubilee gov’t needs to know that Raila already enjoys a hero status among the majority of Kenyans, as far as fighting corruption and defending human rights is concerned.

By sensationally championing the fight against corruption, he is now an institution, not an individual. He has built a fanatical base of admirers and haters in equal measure. Isn’t it funny that the gov’t has only been swinging into action after Raila points out scandals within its ranks?

Arresting him in connection with the questions he has raised on the Eurobond can’t make him look bad. He is only a whistle-blower! As a matter of fact, it can only cement his hero status in Kenya and beyond.
The only way Jubilee can tame Raila is by providing clear answers to the genuine questions that have been raised on the Eurobond saga and other corruption cases, then systematically rooting out the scourges of corruption and tribalism in gov’t. But dare not touch him.

The institutions tasked to fight corruption should also be properly and legally constituted too, in order to make them look serious. They should also be careful not seem to be acting at the behest of the executive.
When a Jubilee dominated parliamentary legal affairs committee (Led by Hon. Chepkonga) threatens the EACC of dire consequences if they don’t arrest Raila, the hand of the executive is instantly seen in such intimidation.
As we approach 2017, one fact remains clear. The fight against corruption will make or break the Jubilee regime.