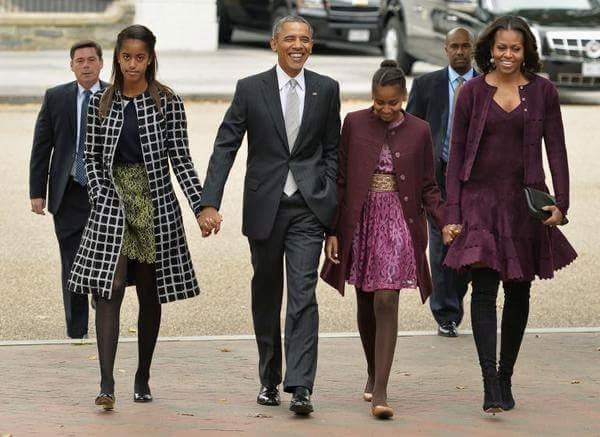 As some of us recover from the Obama hangover while others nurse a POTUS withdrawal syndrome, I have been imagining of the enduring lessons that we can draw from his visit as a country, even as some idiots back in America feel like jumping into the Atlantic, driven by the unwarranted hatred that they feel for this wonderful man. I feel like throwing up whenever I read some of these stone-age hate messages, directed at Obama from grown up Americans, that literally pollute the social media. Most of them are purely driven by untamed racism!  That notwithstanding, here are some of the best lessons he left us:

1. OUR TRIBAL POLITICS ARE SIMPLY OUTDATED.

This might have been the biggest reason why Obama avoided visiting his home village, Kogelo. Trust me, he could have been made a tribal elder which could immensely diminish his image as a Kenyan and world leader. Such are some of the retrogressive practices the man calls STUPID. Lesson? You don’t have to be a tribal chief to be great.

2. YOU CAN DIFFER IN PUBLIC AND STILL BE FRIENDS.

This was quite evident when president Uhuru openly differed with POTUS on gay issues and Obama didn’t seem to take it personally. I found myself thinking of the recent drama featuring Khalwale, Kidero and Oparanya. Then I had to observe a moment of silence for the tragedy that befell Africa when the atrocities of apartheid happened, and then, as if that was not enough, Moses Kuria was born in the same continent!

3. IF YOU CAN’T INSPIRE, YOU HAVE NO BUSINESS LEADING.

A good number of people that I have talked to have confessed that they have caught themselves shedding a tear every time they listen to Obama do his thing. He inspires pure hope to many Africans and the rest of the world that has always felt marginalized. A leader like Obama might just be what the doctor ordered for Kenya’s unity, as he draws immense admiration from across the board. The man was here for only two days but he managed to inspire all Kenyans like no other leader since independence

4. CORRUPTION IS OUR WORST ENEMY

Did we surely need to wait for Obama to remind us that corruption in high levels of government stinks to high heavens? I saw gov’t mandarins fidgeting when he dwelt on the subject and demanded that the Kenyan government should go for the corrupt big fish perched at the top of the echelons of power. Your guess is as good as mine about who was being referred to.

5. OUR OPPOSITION NEEDS TO UP ITS GAME

The shameless hypocrisy of some leaders in opposition was exposed. Some who are proclaiming to be messiahs of today are actually villains of yesterday who, while in gov’t, sang the chorus of sovereignty whenever America pointed out their excesses. Now the same guys want the US to apply pressure on the current Kenyan gov’t! POTUS thinks that is really laughable if not comical. However, putting pressure on the gov’t is the job description of any opposition even back in the US, but it must be done with some decorum, without necessarily looking like whining teenagers.

6. OUR MEDIA GOT CARRIED AWAY AND PERFORMED DISMALLY

Still almost half of Kenyans have no idea what GES stands for, yet it was POTUS’ main agenda here; thanks to our sensational media! Now majority of folks know more about the “BEAST” than how they can benefit from goodies that came the with GES. Surely, our media can do better. However, if you think our media isn’t good, try to check out our neighboring  Tanzanian media or even Ethiopia where Obama was lecturing the African heads of state yesterday. You will be lucky if shock doesn’t knock you off. What are the other lessons?