“Ugali” is the staple food in most Kenyan communities, and it is virtually considered a national meal due to its popularity and importance in the country.

How is Ugali made?

This starchy mixture of maize-meal is prepared by adding maize flour to boiling water while kneading using a cooking-stick until you have a steamy, solid product normally served while hot.

You have to initially add a little portion of the flour that is locally known as “Unga” into the boiling water, then leave the semi-solid mixture to boil for a few minutes, after which you can now add more flour as you continue kneading. This initial action determines the quality of the final product.

How do I know that ugali is cooked?

It is easy to know that the “ugali” is ready for serving because of the sweet aroma (akin to that of a bread being baked) that it produces when well cooked. 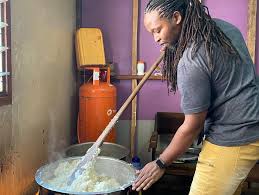 Apart from being an energy-rich starchy meal, “ugali” is considered an important national meal that, somehow, binds the different Kenyan communities together and provokes varied sentiments in the national psyche.

Ask many Kenyans living abroad which meal they miss most, and more than three-quarters of them will automatically say, “Ugali.”

It is common to hear a Kenyan saying, “Ninaenda kutafuta unga,” which loosely translates to I am going to look for maize flour. It simply means one is headed to work.

Some say, “Umemwaga “unga,” (You have poured your unga down the drain) which means you have messed up your source of livelihood!

What should I take ugali with? 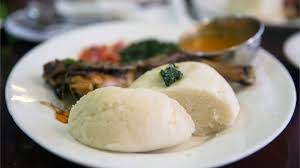 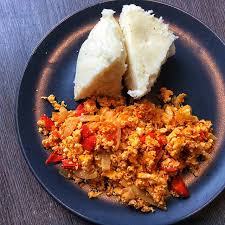 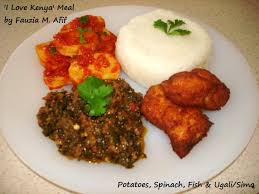 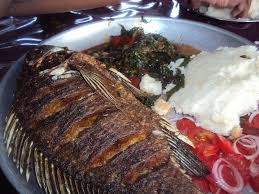 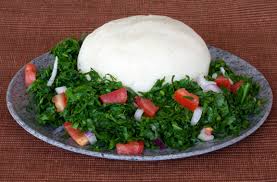 “Ugali” can be eaten together with virtually any stew or accompaniment, including chicken, fish, beef, eggs and even traditional vegetables or sour milk.

It is also common to see Kenyan sportsmen and women (especially the football and rugby teams) carry several “unga” packets whenever they travel abroad for a match. 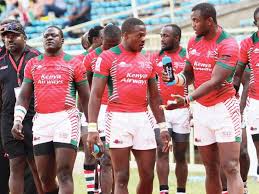 They cook their own “ugali” to ensure they have enough energy to face their opponents in the pitch. The easiest way to trigger a Tahir square, Egyptian-style revolution in Kenya, is hiking the price of “Unga” and making it scarce.

Traditionally, in many Kenyan communities, any girl who did not know how to prepare “ugali” was not fit for marriage; and if she happened to get married, doing a shoddy job in preparing “ugali” could be a trigger of serious domestic violence. S

he could even be sent packing back to her mother for more lessons on how to cook this all-important meal. 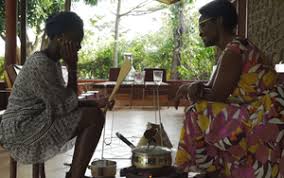 In some communities, like the Gusii community, women from a bride’s home took “ugali” prepared from millet flour to the newly married man’s house, a few days after he paid the dowry.

Such a move was a clear indication that their girl was ready to be a wife. It meant she had been taught well how to cook ugali for her husband! 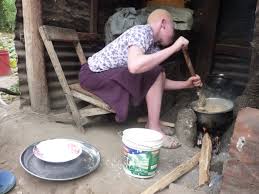 This special meal has also been the subject of rib-cracking jokes on national TV. Comedians usually depict some communities, especially from the western part of the country, especially the Luyha community, as overly in love with the meal.

In western Kenya, it is called obusuma – and they pronounce it as “Ukali” in Swahili.

Indeed, there is no doubt that “ugali” is the meal that keeps Kenya moving. A quick check on the Kenyans’ daily menu, especially those who do heavy manual work in industries and construction sites, will show you that “ugali” easily dominates other meals.

Unfortunately, those who perform heavy manual duties are the worst paid people earning as little as two dollars a day (Ksh. 150).

Given that these are the people who drive the country’s economy, you can now begin to understand why it is a crime against humanity for a packet of “unga” to cost more than a dollar.

The majority of these casual workers survive on a two-dollar, sometimes even one-dollar budget a day! With a 2kg packet of unga costing about Ksh.120, you can only imagine how many families go to bed on empty stomachs.

Some prominent leaders like the former finance minister, Njeru Githae who was recently appointed as ambassador to the U.S, once argued that Kenyans are over-dependent on “ugali,” which is painfully is true. 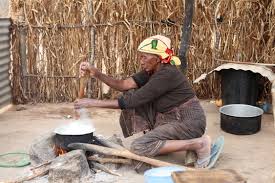 But his suggestion that Kenyans should borrow a leaf from the Chinese and seriously consider diversifying the meals on their menu, including crawling creatures such as cockroaches and rodents like rats on their menu list, was considered a big insult that left many mouths agape!

The Indifference of the Privileged Ruling Elite

The privileged ruling class has no idea how it feels like for a whole family to go to bed hungry, not because they are fasting or lack appetite, but because they have nothing to eat!

Take, for instance, our president, Uhuru Kenyatta. He was born in the statehouse, when his father was president, and is now the tenant of the same house as president. I can only imagine that if he ever went to bed hungry in his entire life, then it was not because there was no food in the house.

It could only be because he was either sick or, for some reason, he had lost his appetite. But even so, it must not have been before his handlers persuaded him to take a few sips of fresh juice or an exotic soup of sorts.

It is for this very reason why I can’t blame the president for not having a clear picture of what the poor people go through daily, but the blame squarely lies on the people around him, who are supposed to give him a realistic appraisal of the situation of the poor Kenyans on the ground.

The deputy president, William Ruto – a self-declared hustler – might have gone to bed hungry a couple of times in his childhood, as it is no secret that he is a self-made politician.

His is an inspiring “rags to riches” story. Hence it would be unfair to say that he doesn’t know how it feels to be poor and helpless. But I was saddened when I saw him on citizen TV yesterday, trying to justify the high cost of living in the country.

The president is supposed to surround himself not with people who tell him what he wants to hear, but those who tell him the bare and painful truth, even if it may be unpleasant to his ears.

He should refuse to assent to any bills aimed at stealing from poor Kenyans, forwarded to him from the senate and the National assembly.

Lastly, this is why the president should not be a party to any machinations aimed at killing devolution since, if well handled; devolution will finally put “ugali” on the tables of poor Kenyans.

Lest we forget, the buck stops with the president in any gov’t. Therefore, he should completely refuse to be held prisoner by political wheeler-dealers who have vested interests at the expense of poor Kenyans.

He must remember that he will finally take responsibility for all that goes wrong during his tenure in the big house on the hill. Kenyans are very hopeful people, and nobody should kill this hope.

Any government that cannot guarantee its people’s security against terrorists and starvation has no business governing.